As Principal of Bernie O’Sullivan Lawyers, Bernie is best known for providing practical estate planning, superannuation, family trust and business succession solutions in plain English. He is widely recognised as one of Australia’s leading estate planning lawyers. Bernie has specialised in estate planning for over 30 years across various jurisdictions and specialises in complex estate planning matters. He is author of Australia’s best-selling estate planning book “Estate and Business Succession Planning” and chair of Kaplan’s Masters of Applied Finance topic Insurance and Estate Planning. Prior to setting up his boutique private client legal practice in 2011, Bernie spent 10 years as a partner with Maddocks and senior associate with Mallesons.

The Victorian Supreme Court recently handed down its decision in the in the Matter of the Will of Edward James Lynch. Bernie O’Sullivan Lawyers successfully acted for the defendant in this case.

In 2007 the deceased was admitted to hospital with chest pains. Whilst in hospital he completed several pieces of paper, one comprised a list of names and amounts next to each name and another referred to a last will and nomination of an executor. Despite recovering and going on to live for a further 8 years, the deceased did not make a new will during that period.

The two pages had not been signed, dated and witnessed in a manner that complies with the formal requirements of the Wills Act 1958 (“the Act”). However, the Act contains a remedial provision which enables the Court to accept a document as a will even though those formal requirements have not been complied with. The plaintiff (being the executor nominated by the deceased) applied to have the two pages described above accepted as constituting the deceased’s last Will and admitted to Probate. If the informal Will was refused by the Court, and there was no other valid will, the defendant and his siblings as the only next of kin were entitled to the estate pursuant to the rules of intestacy. On behalf of the defendant we argued the deceased did not intend the two documents or either of them to constitute his Will or, alternatively, the deceased intended the documents to amount to a conditional Will to only take effect in the event he died without being discharged from hospital.

The Court emphasised that an informal document can only be admitted to Probate if the deceased intended the document to be his or her last Will. The intention of the deceased is a matter of fact and each case depends on its own facts and circumstances. In this instance, the Court held that the evidence did not support the fact that the deceased intended the informal documents to be his final Will. At best, they were created by him thinking that he might die whilst in hospital in January 2007, which clearly did not happen.

The Victorian Government has released a Bill which aims to give Victorian’s a greater say in their medical treatment when they have lost capacity.

The Medical Treatment Planning and Decisions Bill (“the Bill”) aims to ensure a person’s medical instructions are complied with and clarifies when a person will be deemed to have lost decision-making capacity.

The Act is in response to legislative complexity and inconsistency. Currently, Victoria has four different Acts governing this area, each with their own definition, test for capacity and obligations.

The major changes contained in the Bill relate to simplifying the legal framework for medical choices and giving legal status to advance care directives.

The proposed changes will give people more control over future health choices. However, the Act does not govern unlawful medical treatment, including physician assisted dying.

Superannuation death benefit disputes: Can an executor claim for super?

The recent decision of Brine v Carter is another example of such conflict, and highlights where an executor may be at risk of breaching their duty.  Ms Carter was a co-executor of her domestic partner, Professor Brine’s estate, (the deceased), and the beneficiary of a life interest under his Will.  The deceased’s three sons from a previous marriage were the other executors, and residuary beneficiaries under the deceased’s Will.

Ms Carter applied for the deceased’s death benefits to be paid directly to her from his superannuation funds (the Fund).  Ms Carter did not initially inform her co-executors that they, and the estate, could make competing claims for the benefits. Once the sons became aware, they applied for the benefits to be paid to the estate. The trustee of the Fund exercised its discretion in favour of Ms Carter, paying her $630,299 directly.

The sons argued that Ms Carter, as executor, breached her fiduciary duties in claiming and receiving the superannuation benefits in a personal capacity. A fiduciary is said to be under an obligation not to pursue a personal benefit in conflict with the estate, unless authorised by the Will or with consent of the beneficiaries.

Ms Carter argued that as the deceased appointed her as an executor, there was consent for her to act in a conflicted role and pursue a personal benefit.  The court did not agree with her.

However, the court found that once the sons were aware of their potential to make a claim, yet allowed Ms Carter to pursue hers, without resigning as executor, they had consented to her doing so.  On this reasoning there was no breach of her fiduciary duty, and Ms Carter was not liable to account to the estate for the superannuation benefits she received.  However, it is important to note that if the sons had not been aware of their rights, and had not made a claim, Ms Carter would have been in breach and liable to account.

This case is a reminder to will makers to understand the nature of their wealth, understand potential conflicts and to be careful in selecting an executor. It also a warning to an executor who wishes to make a personal claim for death benefits that they risk breaching their duty.

Finally, to reduce possible family and other conflicts it is important to seek proper advice.  We have an experienced estates, superannuation and taxation team available to advise on such issues. 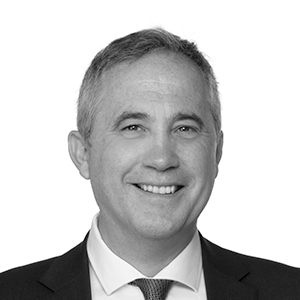 We are delighted to announce the merger of Cussen Legal into Bernie O’Sullivan Lawyers. Patrick Cussen has almost 30 years’ experience advising accountants, businesses and individuals on tax related matters. He is highly regarded by accountants and their clients for his astute advice on structuring of business and investment activities and business succession. We look forward to introducing Patrick to you in 2016.

This caps off a very exciting year for us which has also seen leading tax lawyer Rob Warnock and Accredited Wills & Estates Specialist Stephen Hardy join us.

Our reputation continues to grow as the go-to law firm for high net worth individuals, their accountants and advisers in the fields of estate planning, tax & duties, superannuation, trusts and related litigation.

We thank you for your continued support and wish you and your family a wonderful festive season and a safe and prosperous 2016.